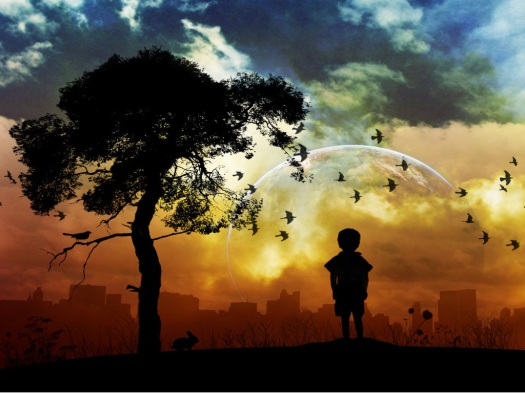 A group of loud and charismatic individuals has formed a society, which distinguishes itself by its use of logic, reason, and rationality. As they guide the ‘uneducated’ masses from their pulpits of intellectual superiority, they seem to overlook the fact that they are also contributing to the polarization of an already disunited humanity. The same narrow-minded human interference that corrupted the loving and unifying message of our divine educators (e.g., Buddha, Moses, Krishna, Muhammad, Christ, etc.) is now infecting the most noble of human endeavours: Science.

Logic and reason can be used correctly to draw a number of destructive and useless conclusions. Fanatical and superstitious ideologies often appeal to logic and reason to argue their divisive propaganda. Science–itself the most excellent approach to investigating the truth of matters–is vulnerable to misuse when handled carelessly by those who would seek to benefit from its persuasiveness.

We are burdened by a sentience that has been seemingly abandoned by the predictable and governing laws of physical reality. Look at us, pathetic children overwhelmed by the Mountain of life, trying to balance ourselves on false certainties unsure of why we are standing and in which direction to climb. By what standards do we conduct ourselves? What laws or principles should guide us?

The world is in turmoil and the oppressed are clamouring for justice and compassion. Yet we hide in our intellectual cloisters applying the data to meet the needs of our own agendas, arrogantly asserting our command of a truth of which we are, ultimately, ignorant.

In the presence of complex technological, cultural, and societal ecosystems, the awe-inspiring beauty, diversity, and elegance of a vast and limitless universe, the profundity of our shared philosophical, scientific, and artistic achievements, and the penetrating influence and mystery of our great sacred scriptures, we can only be curious, humble, and thankful.